Home » Education » Why should you learn Urdu? 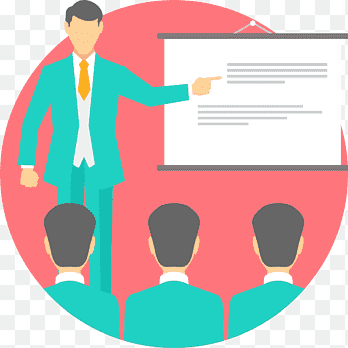 Urdu first started developing in India during the 12th century and is a mixture of Arabic, Persian, Hindi and Turkish. Urdu has been the national language since the creation of Pakistan in 1947. At the time of partition, many different languages were spoken in various parts of the country; Quaid-e-Azam chose Urdu to be the uniting force. Today knowing Urdu allows you to communicate with people coming from different regions and hence has become the connecting bridge between all.

Urdu was the language used and promoted by various Muslim leaders in pre-partitioned India. The Urdu movement was started to make Urdu the political and cultural identity of the Muslims in India. It also had a significant influence on the Pakistan movement. Urdu literature, especially, Allama Iqbal’s poems and ghazals played a pivotal role in motivating the Muslims and giving them dreams of a new nation. It became the identity of the Muslims of the sub-continent and continues to be our identity as it connects us to our history.

Urdu is known for its rich literature with numerous exemplary poets and writers like Mirza Ghalib, Faiz Ahmed Faiz and Sadat Hasan Manto, to name a few. Urdu literature consists of many souls touching pieces about love, life, and religion and nationality. Urdu also has a vast amount of Islamic literature and large detailed works of Shariah. These heritage pieces are important parts of our culture, and they must be passed down to our future generations. To truly understand them and their meaning, knowing Urdu is essential.

Get the idea from the Online Madrasa Classes.

The Urdu language itself has proven to have many advantages for humans. Learning Urdu involves the functioning of several parts of the brain, is beneficial for the brain’s health, and can help prevent diseases like dementia. According to the neuroscience leaders’ magazine, it has also been established that Urdu poetry plays a positive role in brain nourishment.

Urdu enables a lot of economic activity and has helped the economy grow. Take Karachi as an example, and it is a multicultural city with a population comprising of Sindhis, Pashto, Punjabis and several other sub-groups that have their tongue. Trade between a Sindhi and a Pashto, or a Balochi and a Punjabi, has been possible due to Urdu. Urdu as the common language has allowed Karachi to be the economic hub of Pakistan despite the diversity present.

Hindi is a different language, but it is very similar to Urdu and is known as the sister language if you put aside the script. Together with Hindi, Urdu is the fourth most spoken language globally. Knowing Urdu will allow you to connect with a large portion of the population and carry out trade. Language is the mark of culture. It tells us who we are and brings a sense of belonging and closeness among the people speaking it. Urdu has brought together people in the past for special purposes, and for it to be a continuing source of unity, Urdu must be taught and learnt. If it weren’t for Urdu, people would have been divided into different groups, and communication would be impossible on a national level.

Teaching Urdu to our youth is also essential in ensuring that they do not forget their history or identity. Urdu has proven to be valuable time and time again and has caused no harm.

Advocating Urdu does not mean the removal or disrespect of regional languages. People should be free to speak their native tongue, while Urdu should bring them all together on a national level, fostering peace, equality and unity.

Muhammad Junaid is a senior Analyst and Search Engine Expert. Extensive experience being a lead writer in Online Quran Academy. Work for years with local and international enterprises. Also, represent well-known brands in the UAE.