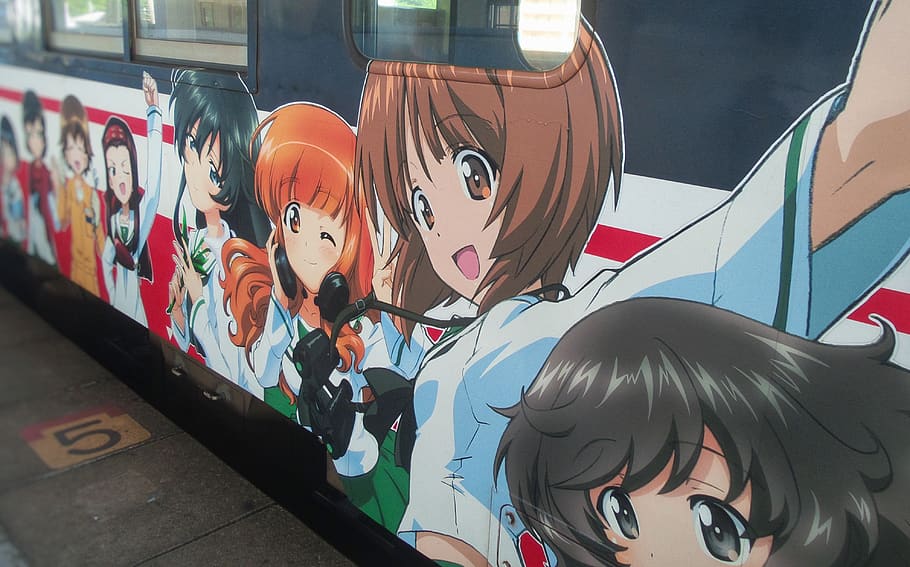 The winter season passed with great anime like ‘Dorohedoro’, ‘Runway de Waratte’ and ‘Magia Record: Mahou Shoujo Madoka Magica’ but if you already enjoyed its latest episodes last week there is nothing to fear.

Starting April 1, the spring season smiles on us, with a new catalog of series to discover so you can’t miss the most anticipated by fans below:

The original Crunchyroll that has caught the most attention from fans is ‘Tower of God’ with a story of romance, fantasy and action by the Korean author, SIU.

In the story, Bam runs after her friend Rachel when she enters La Torre, an enclosure filled with grueling tests that require great mental and physical ability. Although there is no trace of her best friend, each person who meets the protagonist repeats the same phrase “the answer you are looking for is at the top of the tower.”

If you’re a fan of ‘Sayonara Zetsubou Sensei’, you can’t miss ‘Kakushigoto’, the latest animated play by Kouji Kumeta, which comes with a family comedy full of sweet and embarrassing moments.

The story centers on Kakushi Goto, a concerned father who does not want his daughter, Hime Goto, to know that he is a vulgar manga artist.

Attack on Titan Season 4 is a dark fantasy Japanese TV series which is not premiered yet but the release preparation is almost done. The first Season held on April 7, 2013. The final part of season 3 was released on July 2019.

If historical anime is your thing, there’s no better time to catch up and watch the third season of ‘Kingdom’, the drama about brave fighters for China’s unification.

The story focuses on a fictionalized version of the Combatant Kingdoms period, primarily through the experiences of the war orphan Xin and his comrades, as he struggles to become the greatest general under the skies, and in so doing, unify China by First time in history.

The story centers on the wealthy heiress Katarina Claes, who is hit on the head with a stone and recovers memories of her past life.

The world she lives in now is the Fortune Lover game, an otome game she was obsessed with in her previous life, and in which she has reincarnated as the villain trying to thwart the protagonist’s romances.

The best ending to the game for Katarina is exile, and the worst ending is death, so she must find a way to avoid going down a bad path and start a love story full of misunderstandings.

The classic adventure will return in a remake that promises to win the hearts of all viewers, who traveled with Tai and his friends in the world of Digital Monsters long ago.

One of the season’s most unusual plays, ‘Gleipnir’, comes as a dark fantasy disguised in a school anime that is sure to grab your attention instantly.

When Shuichi Kagaya leaves the school, he discovers that a big house on the road is burning down with a beautiful girl inside, wanting to rescue her, Kagaya transforms into a huge teddy bear with a zipper on his back, thus achieving, save life from Kurea Aoki.

Although he is scared to be the first time he has lived through such an experience, his endangered damsel will take advantage of his transformation, using it to find his sister under the threat of telling everyone what he really is.

The remake of ‘Fruits Basket’ is the most anticipated shojo of the season, since at last the portions of the original work that were not animated in its previous edition will be seen on the screen.

Due to the strong moments that the Soma family lived and that now knows Tohru first-hand, the protagonist will set out to break the curse that threatens her friends, even if she has to face Akito in person.

From the studio that created the wild adventures of ‘Kill la Kill’, Trigger, comes ‘Brand New Animal’, with a work that is sustained on stages and movements of characters from American animated series and the expressions and stories that characterize the anime.

A work of art in motion that you must experience at least once and whose first six episodes are available on Netflix Japan, in case you can’t wait for its broadcast on April 8.

Ibrahim Kholil is an SEO professional and writer who has spent almost ten years in this Digital Marketing filed. His passion is to help people to learn and earn money online.