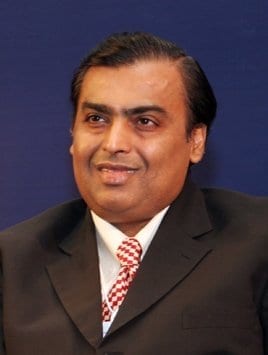 According to Mukesh Ambani, it is mandatory to set up your target and work hard to complete it. People who work hard to target without the target often go astray, and cannot get success. Mukesh Ambani did not start any work in his life without setting the goals.

2. Do Not Run Away From Troubled Waters

Mukesh Ambani says that never run from difficulties instead we should face them and try to know where the problem started and its source. The solution to the issues in life and professional life will come out when you know the reasons.

3. Do Not Fear Of Failure

India’s richest person, Mukesh Ambani believes that no such person in the world has never had to face failure. They think that everyone has to face failure, but do not panic because the failure lets you put more effort and hard work which never lost. Failure should give you the power to move forward instead of disappointment.

Read More:Trump Complained About Drop In Followers To The Chief Executive Of Twitter