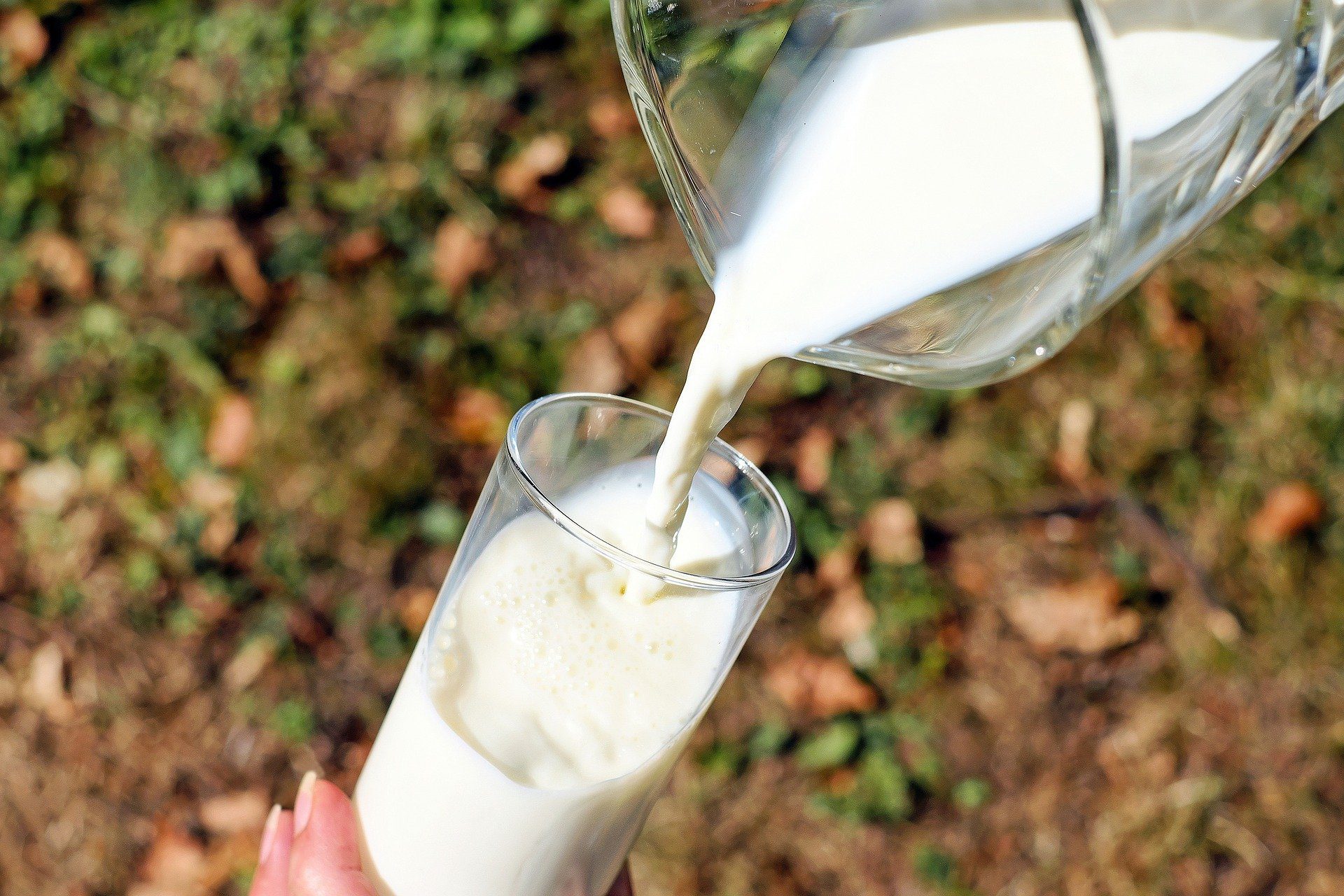 In the United States

Many believe that milk was first delivered to the United States in glass bottles and that the process of milk supply began in the United States. A man named Alexander Campbell of the New York Dairy Company claimed before the New York State Senate that his company was the first one that started this process and the deliveries of milk in 1878.

The day is celebrated to know the importance of milk in this world and to maintain the focus on milk industries and all other things connected to it. It has countless health benefits, so it is necessary to celebrate this day.

Exporting of milk and milk products

The ratio of exporting milk and dairy products in the United States and Australia is higher than in any other country. Dairy products like cheese, yogurt, ice cream, butter, cream, powdered milk, and many more things. It is interesting to know that worldwide, more than 6 billion people consume milk and milk products. Milk is an essential thing it contains nutrients such as calcium, potassium, vitamin B12, and vitamin A.

When this day did is celebrated in the United States?

National Milk Day is celebrated on the 11th of January in the United States. This is the day you should note in your diary. We should celebrate Milk Day with full joy as milk plays a beneficial role in our lives. But one thinks how to celebrate this day of milk? So here we are going to mention some tips or some ways to enjoy this national milk day.

As it is a day of milk so you can start the day with a big glass of fresh milk or you can also have a big bowl of cereal filled with delicious milk, or you can go to any dairy to learn the process of milking and also to thank the farmer who works day and night for us. Or you will also learn about the methods used to pasteurize and homogenize milk, filter milk, and make it last longer. For lunch, you can also `have milky ice cream to enjoy the taste of milk. Or any dish which is made of milk, like a milkshake or you can make cheese at home, or by adding chocolate with strawberry and flavorings in milk, enjoy a delightful dessert.

Milk is of utmost importance for our body, or we can say it is an integral part of our life and contains a lot of health benefits. It is one of the best sources of calcium, protein, and fat; it is the only most natural drink in the world that contains a number of nutrients. It also provides energy and protein for the proper growth and development of children. It is also good for memory. We obtain milk from animals like cows, buffaloes and sheep, goats, and camels.

Many countries celebrate this day. It makes us healthier, it gives our bones calcium, and the minerals make our teeth and bones strong. Moreover, the liquid food milk is mainly used by mammals in childhood. Not only humans but animals also consume milk. It is an essential part of our diet. However, for humans, it is used at any age if one can digest lactose. We make a lot of things like butter, ice cream, chocolate, shakes, cheese, and cream too. Besides, it is used in the making of many other things like bread, cakes, and desserts. Surprisingly, most nutrients enrich food milk is not costly; it is the cheapest food, anyone can buy.

In 2014 on November 26 National Dairy Development Board (NDDB), with the Indian Dairy Association (IDA), and 22 state-level milk federations have decided to celebrate the birthday of Dr. Varghese Koren, who is famous as the father of India’s white revolution. Therefore, India’s first national milk day was celebrated on November 26, 2014. India is no doubt, the largest producer of milk. They celebrate this day to feel the importance of milk in everyone’s life.

National Chocolate Milk Day is celebrated on 27 September every year. Chocolate is itself a delightful sweet, and when mixed with milk, the mixture becomes amazing. This Day celebrates chocolate sweetened milk, which we can easily buy from stores or we can make it at home by mixing a few ingredients includes milk with cocoa powder, chocolate syrup, melted chocolate, or with powdered chocolate.

Who and how chocolate milk invented?

Since 1494, the people of Jamaica used to drink hot drinks which were made from cocoa or cocoa – sources which they used to boil with milk and cinnamon or was mixed with water. According to the Museum of Natural History located in Britain, Sir Hans Sloane who was an Irish botanist of England after he visited Jamaica and after tasting their drink invented chocolate milk for the first time in the 1680s. He certainly did not like it and he imagined that it was “nauseous” and tried to add some milk.

And then he took his recipe back to England, and so from these days he became famous and known as the inventor or maker of chocolate milk. But some people of Jamaica claimed that they have first made this recipe, but without any evidence. In the 1750s, Sloane’s recipe was taken as medicinal nectar, and then in the next century, the Cadbury Brothers sold drinkable chocolate which was inspired by the recipe of Sloane’s.

In 1828, in Amsterdam, a company named as Van Houghton Company quixotic a cocoa pressing method that developed a chocolate powder that could be easily mixed in milk through which consistency of chocolate milk become well.

Well, this chocolate milk is healthy as well, although it contains high sugar that can create obesity or fat in children, it is also taken as a way to restore the muscle of athletes.

How to celebrate Chocolate milk day?

You can celebrate this joyful day by taking a big glass of chocolate milk, you can buy it from the shop or can be made at home by adding chocolate syrup or chocolate powder also you can make the powder at home instead of the chemical mixed powder at stores.

When is the world milk day?

A lot of countries are celebrating this world milk day, on 1st June; this date was suggested at the end of May, so 1st June became a specific day of milk word widely. This day named World Milk Day focuses on milk and makes a lot of effort in generalizing activities that are related to the dairy industry. As so many countries in the world celebrate this special day of milk shows the importance of milk globally.

June 1 marks the 20th anniversary of World Milk Day to raise awareness about the benefits of milk and milk products. Have a look at how this day is celebrated in 2020. Due to the Cove 19 epidemic, as sops should have to be maintained, so the celebrations of this year 2020 were online. These Celebrations began with the enjoyment of the Dairy Rally started from May 29 to May 31, 2020, summiting with this day “World Milk Day” on June 1.

One interesting thing is that every country celebrates this day with their specific themes. Different countries and their government and their organizations choose their particular theme. For instance, in 2019, the theme of India for World Milk Day was “Drink Milk: Today & Everyday”.

The main theme of 2020 is “the 20th Anniversary of World Milk Day”. The day enlightens the benefits, importance, and accessibility of health-related nutritional dairy products, and also highlights the passion and hard work of sectors to feed our communities.

In India, they have organized many campaigns at Indian Veterinary Research Institute (IVRI), Izatnagar, Bareilly, Uttar Pradesh whose aim is to give proper attention to safe, pure, and fresh milk production and its consumptions.

The pure milk is boiled in large pans, and this hot milk is served to children women, and other participating people in pots, in the campus itself. And then there is given a proper motivational lecture on the importance and benefits of milk usage for humans

Rural or people from farm areas prefer to take pure and healthy foods that involve milk like fresh milk, ghee, buttermilk, curd, sweets, etc. Moreover, there is a tradition in some areas of India to serve lassi to the guests in large steel glasses.

Importance of celebrating this day