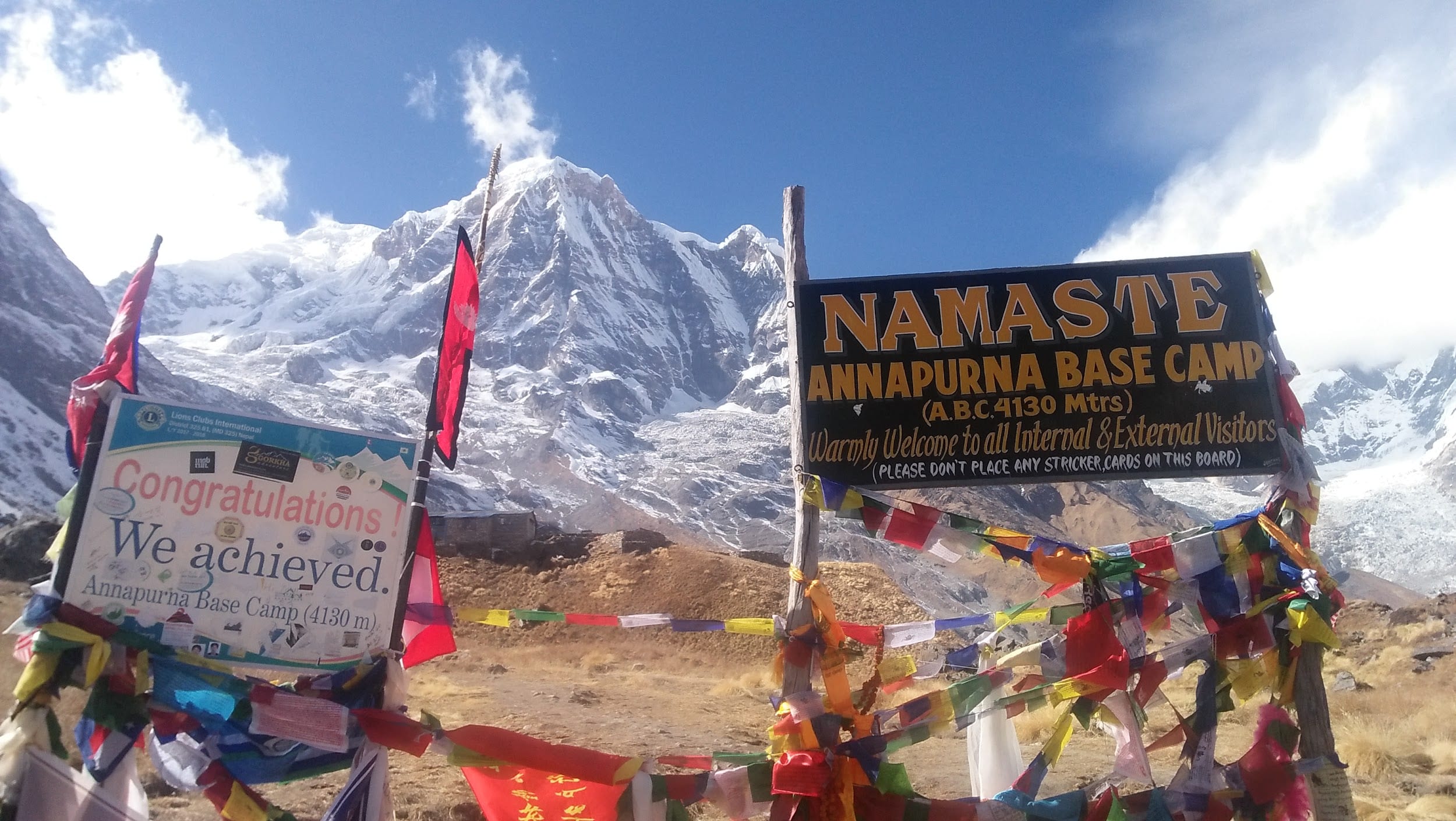 The Annapurna Himalayas is an iconic mountain range dominating central Nepal with their majestic beauty and elegance. The glorious giants are known to offer challenging Himalayan expeditions. Similarly, there are plenty of serene trekking trails stretching across the foothill of the entire mountain range as well. There are plenty of options to choose from the strenuous Annapurna Circuit Trek to the under-rated Khayer Lake Trek. However, the Annapurna Base Camp Trek is the crown jewel of all the treks in the region. This Trek explores the heart of the Annapurna Conservation Area to reach the base camp of the tenth highest mountain in the world- Mt. Annapurna (8091m).

Similarly, Mardi Himal Trek has been gathering great fame and since its recent introduction in 2012. Both these treks are outstanding on their rights with unique features to relish every step of the way. Below are some of the aspects that describe each of these treks in the Annapurna region.

As of the Mardi Trek, the trail from Kande leads you to Australian Base Camp and then to the Forest Camp. The serene tracks follow the beautiful Mardi Himal to reach the Mardi Himal Base Camp. Mardi Himal Trek spans across 5-6 days, whereas the Annapurna Base Camp Trek lasts for around 7-8 days.

Similar to the altitude variation of the treks, they also have the same difficulty level. Both of these treks are moderately difficult, and trekkers with functional physical fitness can do the Trek.

Since both the treks lie in similar geographic regions, they also have identical trekking trails. Steep ascents, rocky trails, and snowy tracks are some common trails on these treks. Moreover, families with children and the elderly also can partake in the Trek. The routes on the Mardi Himal Trek are more isolated than the famous trails on the Annapurna Base Camp Trek.

Annapurna region is quite possibly the most famous trekking region in Nepal. As such, thethe region has well-established trekking routes and a good network of teahouses and homestays.

The Annapurna Base Camp Trek offers different variations of teahouses ranging from basic to luxurious ones. However, the trail on Mardi Trek offers a little variation to choose from. However, even basic teahouses provide excellent lodging and food services.

Additionally, they also have standard squat-type toilets and bathrooms to take a shower. However, the quality of services in the teahouses naturally decreases the higher you go. The homestays along the trekking trail are run by ethnic Magar and Gurung households in both these treks.

Best time to go for the Trek

Most of the treks in Nepal favor two seasons for trekking, traveling, and other exploration trips. The spring season from March till June and the autumn season from September to November is the best time to indulge in the treks to Annapurna region.

As both Mardi Himal Trek and Annapurna Base Camp Trek lie within a similar altitude range, These treks experience identical weather conditions. However, the winter season (December to February) and summer/monsoon (June to August) experience harsh weather and degrade the trails quality.

So, we advise trekkers to avoid these seasons for their travel aspirations to Mardi Himal Base Camp and Annapurna Base Camp.

Mardi Himal Trek and Annapurna Base Camp Trek are two of the biggest names among trekking ventures in the Annapurna region. Both of them boast incredible Himalayan views along with the opportunity to experience local Gurung and Magar culture. With bags of treats to reward the trekkers, these treks are a medium to relish the beauty of nature. With countless reasons to choose either of the treks, it is ultimately the trekker’s decision to follow their instinct and head to the Himalayan wonderland.