Home » Uncategorized » How to tell if Timing Belt is off on an Engine? 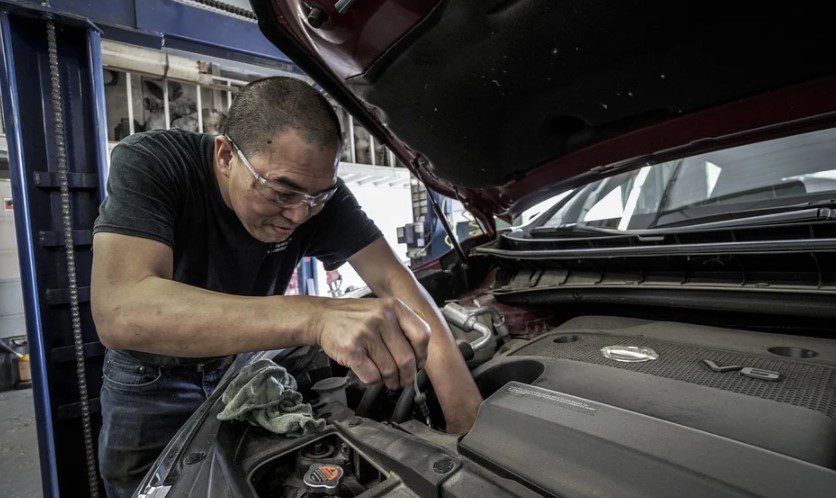 Most people complaint that their car’s engine suddenly gave up and stopped in the middle of the road without any reason or showing any sign.

If you’re one of them who have the same complaint, then make sure you have checked your timing belt before making the claim, because people don’t know that the biggest reason behind their engine’s break down is a jumped timing belt, as they don’t pay any attention to it.

A jumped or slipped driving belt can really give you a bad time.

So, if your engine has suddenly stopped working, or your cars is showing some other abnormal behavior, then check for the slipped timing belt. Timing belt should be replaced after specific time intervals however in most cases it can break for many reasons.

You can’t check it directly by opening the hood as the timing belt is protected with a metallic cover, but there are some other ways to check whether your belt is off of the engine.

How to Check for a Jumped Timing Belt

One way of checking a slipped off timing belt is to directly take the car to the mechanic. But if you are stuck somewhere, where there is no one available or you want to check it by yourself, then you can opt for any of the following ways.

Listen for any Irregular Sounds

Start your engine and listen if there are any irregular or abnormal sounds like that ticking and whining. If there are, then first you have to check for the engine oil, as the engine makes these sounds in only two conditions: when the oil is low, and when the timing belt has slipped or broke. That’s why check the oil level first. If it is okay, then it means that the problem is in the belt.

First of all, open the hood of the car. Now put your car in parking mode and set the emergency brakes. After that start your engine and check the speed at which it starts and compare it with the normal starting speed. If the engine starts at slow and sluggish speed than the normal, then it is a sign that your timing belt has jumped from the engine.

Give the race to your engine, if it starts to create irregular and heavy smoke fumes from the exhaust as compared to the normal condition, then it’s possible that your timing belt might have slipped from the engine.

Look for the misfire

Your engine will misfire typically when its timing belt has jumped off or broke. So if this happens, then there is an 85% chance that your timing belt needs repairmen.