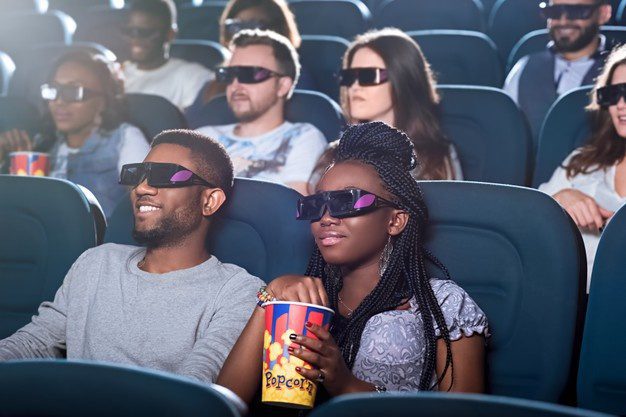 There are many forms of telling compelling storylines, but there is something particularly unique and engaging about a movie based on a true story. Not only do you find satisfaction in learning and understanding a fascinating and engaging tale based on true events, but you can also continually remind yourself that what you are viewing on-screen actually did happen.

Whether you are looking for a good tale about finding oneself, a classic story about an underdog’s life, or a serial killer mystery, movies from this genre take all of the realities, facts, and truths and turn them around into stories that will astound, haunt and inspire even long after you have finished watching.

But we also need to remember that even ‌movies based on true stories have elements of fiction in them, filmmakers and narrators take liberties to shift things around in order to make them more interesting. They have to imagine dialogues in situations of which they don’t have a record of, guess encounters, shuffle the order of events, meld supporting figures into a single character, and abridge timelines. Nevertheless, movies based on real-life events are a unique breed of entertainment.

You can watch them on TV as most TV networks air such movies, but you may need to subscribe to DISH TV services for that, so you can access channels that are actually viewing these movies. You can also refer to the DISH Channel Guide and see what channels you will be able to access. You can also go the other way and watch these movies on a streaming platform.

Now that we have that covered, let’s list down some of the best movies based on true stories.

This is an engaging action film that narrates the 10-year long, CIA manhunt for Osama bin Laden after the events of the 9/11 terrorist attack. Although a few characters in the film are basically amalgamations of various agents that were on the case, the events depicted in the movie are true. The movie graphically illustrates every mission that eventually led to the discovery of bin Laden’s location and how in 2011 a nighttime SEAL Team Six raid played out which led to the death of Bin Laden.

The Pursuit of Happyness

This is an American biographical film based on Chris Gardner, a homeless father who aspires to become a stockbroker and is raising a child amid all his struggles. It is a heart-wrenching film depicting how one man single-handedly battled with the emotional trauma of his partner leaving, losing his home, keeping his son in good spirits, and navigating a new career amidst all the chaos that life threw his way.

This is another heartbreaking film based on three female African-American mathematicians being the unsung heroes of their time. It sheds light on the bitter truths of our society, gender, and racial discrimination at work. The story narrates how these three women working at NASA during the 1960s in gender and race-segregated computing department played a pivotal role in successfully sending a man (John Glenn) into space.

This extremely dramatic and thrilling biographical survival film is not for the weak-hearted. The movie narrates how an avid but irresponsible adventurer and mountaineer named Aron Ralston, who decides to go on a hiking adventure in Utah’s Canyonlands National Park, crashes and gets stuck in a slot canyon for 127 hours.  From there on, he takes extreme measures in order to survive and make it out alive.

The above-mentioned are some of the best movies based on events from real life. These movies narrate stories ranging from the extraordinary lives of adventurers to the wildest dreams of unsung heroes. If you are looking to get inspired or shocked, watch one of them over the weekend and appreciate the uniqueness that a movie like this offers.

Read more: The Role of Social Media In Our Life