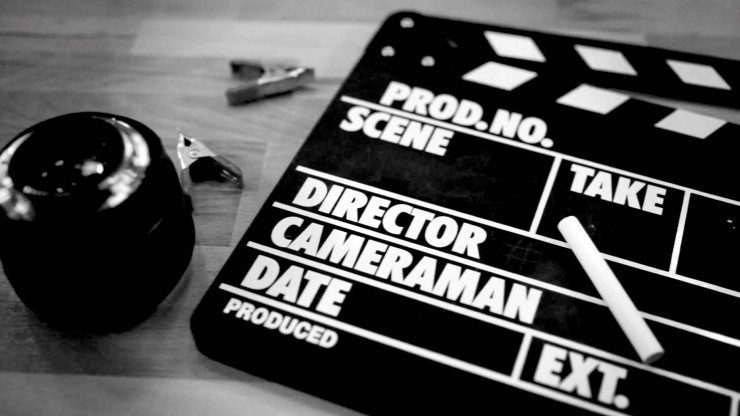 Nicholl Fellowship is the screenwriting competition: run by the Oscars. It is entered by thousands of aspiring writers every year and the prizes are the most fought after in the industry. Fellowships are awarded to amateur screenwriters too.

The screenplay contest that brings writers together with studio and independent film financiers and private equity investors that work with Warner Bros., Universal, Fox, Disney, Sony and Paramount. They get your material to the biggest markets making deals at AFM, Cannes, Berlin, Toronto, Shanghai and more.  A contest started as a collaboration between writers and the film finance companies and fund managers in Los Angeles and abroad that are usually unreachable without a powerful agent or studio first look deal. Now you have the chance to be read by investors actively looking to greenlight your script.

Considered as one of the top screenwriting competitions in the world, Page Awards is a global contest for writers who aspire to Hollywood. The admin team has a focus on a clear mission: giving the chance to find connections to screenwriters outside of Hollywood.

Keep in mind that film investors, screenwriting agents and film producers are very hard to meet unless you are attending the top film markets and best film festivals in the world on a regular basis. If you ask most people how to sell a film script they are likely to say find an agent or move to Hollywood. Luckily with the internet you can enter screenplay contest that gets you in front of real people working in Hollywood. But if you can skip all the agents and managers and producers that want their cut and get your project right in front of the money people, you can clear several hurdles at once.

Here’s more of the best screenplay contests you can check out and enter today:

This competition focuses on independent screenwriters with a spotlight on innovative and creative works. It may not be a big Hollywood event but this top screenplay contest can get you attention. Talented writers that have been discovered in the competition include Joshua Marston and Nicole Kassel. The risk-taking judges evaluate four different categories of work: shorts, original teleplay, feature and horror.

Offering multiple competitions through a wide range of genres, Screencraft is one of the best resources for emerging screenwriters. The genre-based contests give writers the possibility to find connections with film executives and producers and they are created with genre in mind, avoiding any kind of bias. Winners of the competitions have gained representation at companies like The Sundance Institute, Paradigm and 3 Arts Entertainment. It’s often ranked in the top 10 screenwriting contests.

When making a list of the best screenwriting competitions, the Pipeline is usually on it. This screenwriting contest is known for the outstanding success of its winners, which include the writers of The Huntsman, Divergent and Teenage Mutant Ninja Turtles. It is not only one of the most recognized competitions in the industry, but one with the highest rates of big-budget productions by its finalists.

Another competition granting fellowships, workshops and exclusive events with Hollywood screenwriting elites is organized by Cinestory Foundation. Its connections with top companies like Paradigm and other agencies and the impressive outcomes are some of the reasons why this contest is one of the most notable of the West Coast film industry.

Although it might be considered as a smaller contest, The Writers’ Lab is a great initiative for female writers over 40 years old. Started by the legendary Meryl Streep, only 12 writers are selected for an intensive retreat with professionals, taking part in workshops and events. The strength of female networking for those that win the highly competitive writing retreats is a draw for this target demographic. Professional women that may have moved from other industries into writing at a midpoint career change level, have a chance to work with other talented females in sharing their ideas and even working together as they take their time to develop feature length story lines. They have reader and reviewer workshops that hope to further the writer’s growth and eventually prepare to attempt to venture out on their own and seek producers, agents or others that may help further their career.

So if you want to know how to get your movie made, write a screenplay that is solid and enter one or more of the best screenplay contests today.