You are here: Home / Daily Bites / Everything You Need To know About Fortnite Season 9 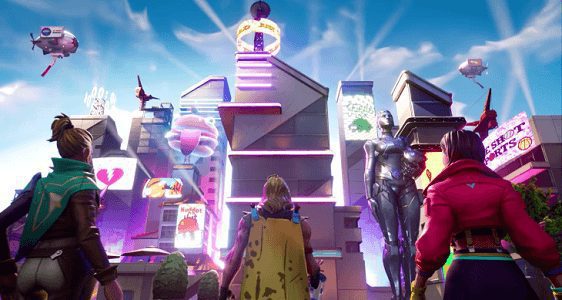 The Fortnite season 9(The future is yours) is here, and it takes the battle royale game into a new sci-fi future. The main changes to the game are two maps: the destroyed Tilted Towers has rebuilt as Neo Tilted while Retail Row has transformed into Mega Mall. The Neo Tilted structures will also be available to build within Fortnite’s creative mode. Other changes to the island introduce some power plants constructed around the volcano, a banana stand, and drone-like fluttering platforms.

Read More: Some useful tips about Dueling Nexus for the new players

Simultaneously with new locations, there is a new type of transport called the”slipstream,” which is a wind tunnel that moves you rapidly from one place to the next. The game developer has added a special weapon called the”combat shotgun,” while eliminating a lengthy list of things from the game, including the treasure map, balloons, and a ton of weapons.

Between May 5 and April 25, players can play in a mode named Endgame. In this mode they can fight against Thanos & his army and over ownership of the Infinity Stones. Players can get access to many Avengers items such as Iron Man’s gauntlets and Captain America’s shield.

A new season means a brand-new battle pass, and here, the sci-fi trend has lots of items which include a Gundam-style suit and a robot cat. If you get the Season 9 – The future is yours battle pass, you can find collectible computer chips called Fortbytes. You must collect 100 of those hidden items to complete particular challenges and”discover the secrets of season 9,” according to Epic. Additionally Epic has added Arabic language support, and it states Middle East servers are in the works. “We are still a couple of months from having services come online and expect to provide a more meaningful update on server support before then,” Epic states.